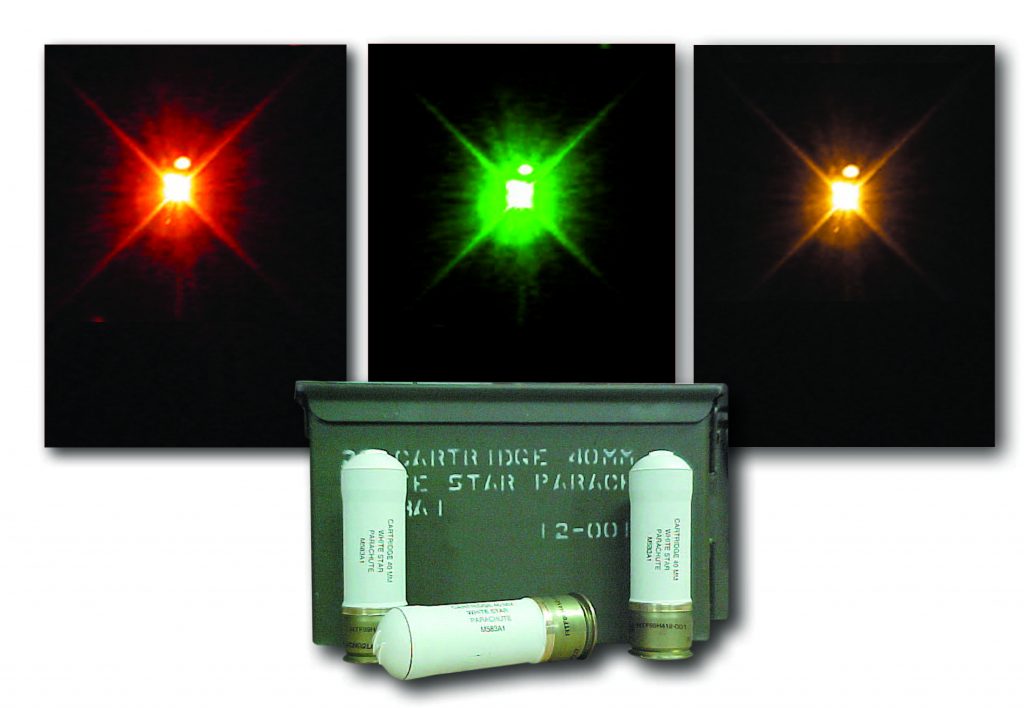 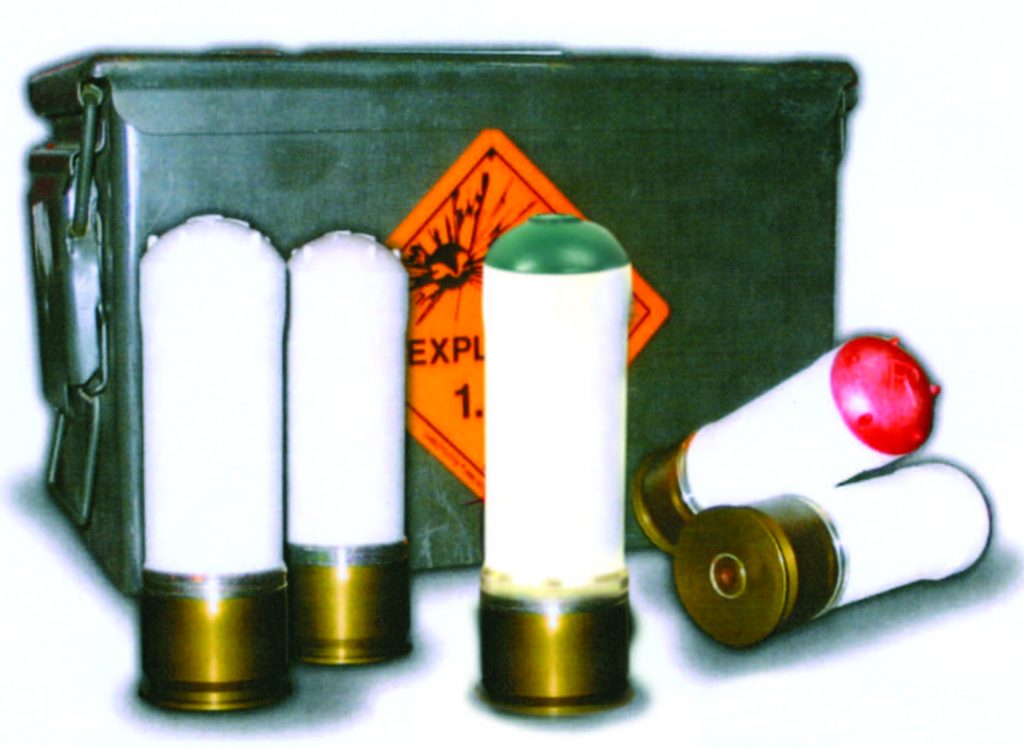 M781 is a fixed, practice-type ammunition designed for firing from 40MM grenade launchers M79 and M203. This cartridge is a fixed round of ammunition consisting of a metal projectile body with a rotating band and a cartridge case assembly. A hollow plastic ogive is filled with a high visibility yellow-orange dye. A .38 caliber blank cartridge is press-fitted into the base of the cartridge case and provides the gas pressure needed to propel the projectile through the launcher barrel. Projectile range of 200-300 meters. 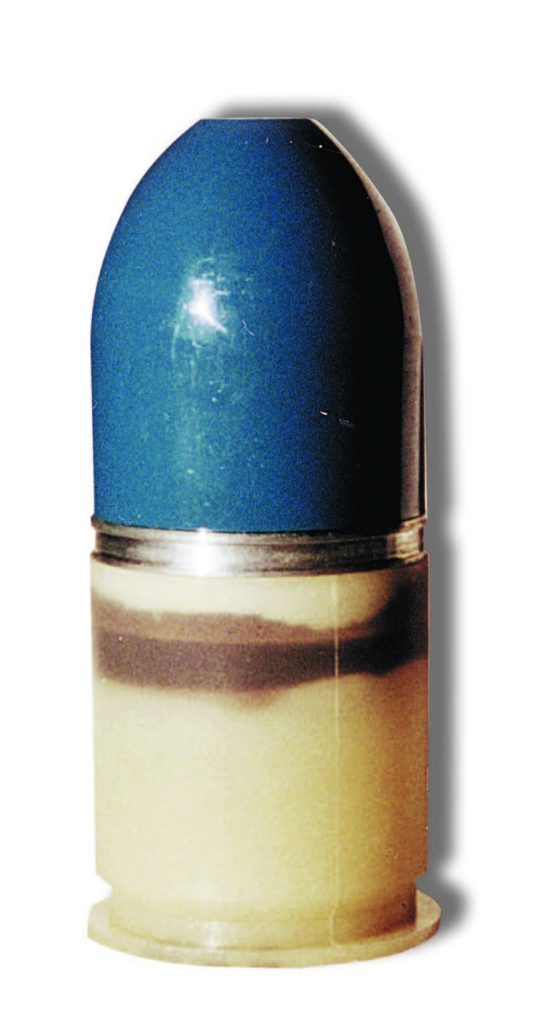